What comes into your mind when u think of the word “cloud computing” ?

Cloud computing is the on- demand availability of computer system resources, especially data storage and computing power, without direct active management by the user. The term is generally used to describe data centers available to many users over the internet . Large cloud predominant today, often have functions distribute over multiple locations from central servers. It may be designated an edge server. Cloud may be limited to a single organisation , or be available to many organisations (public cloud). Advocates of public and hybrid cloud computing allows companies to avoid or minimize up –front “IT infrastructure” costs . Proponent also claim that cloud computing allows enterprises to get their applications up and running faster, with improve manageability and less maintenance ,and that it enables IT teams to more rapidly adjust resource to meet fluctuating and unpredictable demand. Cloud providers typically use a “pay- as –you-go” model, which can lead to unexpected operating expenses if administrators are not familiarized with cloud pricing models.

If we talk about the history of cloud computing ?

“Cloud computing” was popularized  with Amazon.com releasing its Elastic Compute Cloud product in 2006, reference to the phrase “cloud computing” appeared as early as 1996 with first known mention in a Compaq internal document. The cloud symbol was used to represent networks of computing equipment in the original ARPANET by as early as 1977 , and the CSNET by 1981 – both predecessors to the internet itself. The word cloud was used as a metaphor  for the internet and a standardised cloud – like shape was used to denote a network on telephony schematics . With this simplification , the implication that the specifics of how the end points of a network are connected are not relevant for the purpose of understanding the diagram. The term cloud was used to refer to platform for distributed computing as early as 1993 , when Apple spin – of “general magic” and “AT&T” used it in describing their Telescript  and personal link technologies . in Wired’s april  1994 feature “Bill and Andy’s excellent adventure , Andy Hertzfeld commented on telescript, general magic’s distributed programming language.

During the 1960s , the initial concepts of time sharing became popularized via RJE(remote job entry) this terminology was mostly associated with large vendors such s IBM & DEC . Full time sharing solutions were available by the early 1970s on such platforms as Multics  (on GE hardware) , camnbridge  CTSS, and the earliest UNIX ports. Yet the data center model where users submitted jobs to overwhelmingly predominant.

In  the 1990s telecommunications companies who previously offered primarily dedicated point – to – point data circuits , began offering  virtual private network (VPN) service with comparable quality of service , but at a lower cost. By switching traffic as they saw fit to balance server use, they could use overall network bandwidth more effectively. They begin to use the cloud symbol  to donate the demarcation point between what the provider was responsible for and what users were responsible for. Cloud computing extended this boundary to cover all severs as well as the network infrastructure. As computers became more diffused , scientists and technologists explored ways to make large  scale computing power available to more users through time sharing . they experimented with algorithms to optimized the infrastructure , platform ,applications to prioritized CPUs  and increase efficiency for end users.

Cloud computing has been  in existence since 2000. In august 2006 , Amazon created subsidiary “Amazon web services” and introduced its Elastic Computer Cloud (EC2). In April 2006 Google released Google app engine. In early 2008 , Gartner saw an opportunity for cloud computing “to shape the relationship among  consumers of IT service, those who use IT service and those who sell them and observe that “organisation are switching from company –owned hardware and software assets to pre- use service – based models” so that the projected shift to computing ….will result in dramatic growth in IT products in some areas and significant reductions in other areas. In 2008 , the U.S. National Science Foundation began the Cluster Exploratory program to fund academic research using Google –IBM cluster technology to analyze massive amounts of data. In February  2010 , Microsoft  released Microsoft Azure, which was announced in October 2008. In July 2010 ,Rackspace Hosting and NASA jointly launched an open – source cloud – software initiative known as ‘OpenStack’. The openstack project intended to help organisation offering cloud computing service running on standard hardware. The early code come from NASA’s Nebula Platform  as well as from RackSpace’s Cloud Files platform. As an open source offering and along with other open – source solutions such as  CloudStack ,Ganeti  and OpenNebula , it has attracted attention by several key communities. Several studies aim at comparing these open sources offerings based on a set of criteria. On march 1, 2011 ,IBM announced the IBM smart cloud framework to support smarter planet. Among the various components of the smarter computing foundation , cloud computing is  a critical part. On june 7, 2012 , oracle announced the oracle cloud . this cloud offering is poised to be the first to provide users with access to an integrated set of IT solutions , including the applications (SaaS), platform (PaaS) and infrastructure (laaS) layers. In may 2012, Google Computer Engine was released in preview , before being rolled out into General Availability in December 2013. In 2019 , it was revealed that Linux is most used on Microsoft Azure.

Now let’s talk about the characteristics of cloud computing ?

So the characteristics of cloud computing are…….

The cloud works in the distributed computing environment . it shares resources among users and works very fast.

Availability of servers in high and more reliable , because chance of infrastructure failure are minimal.

Means “on demand” provisioning of resources on a large scale , without having engineers for peak loads.

With help of cloud computing ,multiple users and applications can work more efficiently with cost reductions by sharing common infrastructure.

Cloud computing enables the users to access system using a web browser regardless of their location or what device they use eg PC , mobile etc. as infrastructure is off –site and accessed via the internet , users can connect from anywhere.

Maintenance of cloud computing applications is easier since they do not need to be installed on each user’s computer and can be accessed from different places. So. It reduce the cost also.

Application programming interfaces (APIs) are provided to the users so that they can access service on the cloud by using these APIs and pay the charges as per the usage of services.

What are the disadvantage of cloud computing ?

Is cloud computing a good career ?

Cloud computing is one of the hottest technologies with a high demand for qualified professionals. The median salary for IT pros currently in a cloud computing career in the U.S. is $124,300 . however it is not the easiest of job to acquire because it is a specially area. To secure a job in the field a candidate must have a number of specific skills. Let’s see what they are so you can get your cloud computing career started.

Coding skill: cloud computing unlocks a new dimension in software development . the cloud allows programmes to create , host and execute applications that can scale up much faster due to the environment’s capacity to handle large volumes. Some recent additions to the cloud ecosystem are programming languages like Python , Perl, and Ruby . they are open source and becoming more prevalent with each passing years, other conventional favorities are PHP, Java and NET. Python, a high – level language with simple syntax , is an excellent place to begin as far as programming skills in the cloud are concerned.

The IT industry is renowned for its emphasis on industry and vendor certifications. The cloud domain has also joined the fray in this field . all major service provider including Amazon and Microsoft offer training and certifications that could jump- start your cloud computing career. The most popular ones includes:

Though certifications add value to the resume, they cannot , by themselves, help a professional grow in his or her career . certifications complement practical experience . gaining the necessary hands – on experience is more important ,but certification can be a vital first step in the right direction.

A complex mix of cloud service and cloud types – public , private ,and hybrid are becoming the norm in modern organisations. This means that cloud professional need to know how to manage these multi cloud  environment

Organisation use data obtained from:

Unifying these database to make data utilization possible is a mammoth exercise. The complexities compound when cloud systems have to interact with legacy systems. For professional specializing in cloud architecture ,integration is a must – have skill. 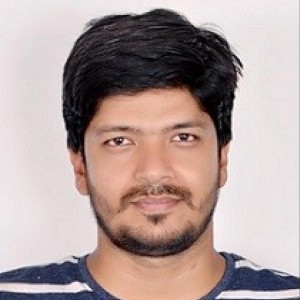 What is affiliate marketing all about?

MAKE MONEY FROM YOUR HOME FROM PTC SITES

WHAT IS ARTIFICIAL INTELLIGENCE?

34 thoughts on “What comes into your mind when u think of the word “cloud computing” ?”

Know More About Us

Hi friends! My name is Sharad Mishra a professional Blogger, Digital Marketer, Public Speaker & Entrepreneur.  After completion of my studies in Delhi. I started working in one MNC ….